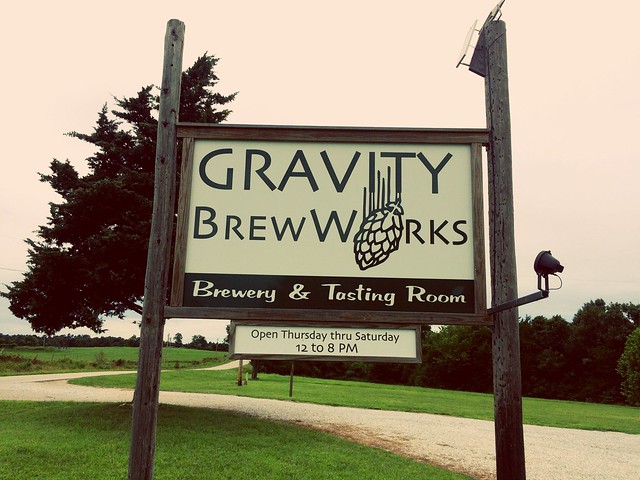 It’s called the Gravity BrewWorks and it’s located at 11512 Highway 14 East in Big Flat, Arkansas.  The address, however, can be a bit deceiving.  This nano-brewery in north central Arkansas is WAY off the beaten path.

Unless you have a natural sense of direction, locating this brewery & tasting room can be a bit of a challenge for city-dwellers and travelers alike.  It’s over 2-hours from both Springfield and Little Rock; it’s more than 3-hours from Tulsa and Memphis.  In fact, the brewery is so used to visitors getting lost along the way that they added their GPS coordinates to their website: GPS: 36 degrees 0′ 29.32″N 92 degrees 22′ 44.91″W 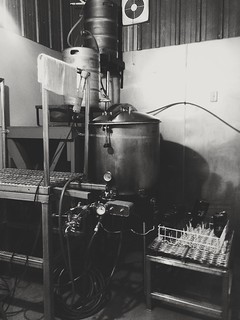 My folks were on a road trip in Arkansas when they decided to swing by to test out the brews and chat with Bill Riffle, one of the owners / brewers about this craft beer way station that is literally on the way to everywhere.

Both Bill and his partner Tony Guinn started home brewing in the 1980s.  It wasn’t until late 2013 that they opened the Gravity brewery and taproom where they produce small 30-gallon batches of ales and lagers. Their regular brews include an amber ale, India Pale Ale, stout, porter, Oktoberfest, and some others.

The setup at the brewery includes some inside seating as well as a semi-covered outdoor area with their very own Hops growing just off the patio.  Indoors is decorated with beer paraphernalia, growlers, and bottles from breweries across the U.S.

Beers are available to sample in the tasting room.  You can even fill up a growler or jug if they have enough of a supply.  If you are particular to certain types of beer, and since the batches are relatively small, you should call ahead to see what’s on tap.  They do have a few guest taps available as well, so if their stock is running short don’t fret. 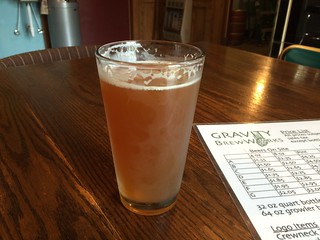 Time of the Saison

A Saison was their only beer available when the folks arrived on Saturday.  Bill said that the other brews had been tapped out the night before.  No biggie.  We all love Saison brews when it’s hot outside.

Gravity’s Time of the Saison is pale with some hops and a spicy finish.  My mother who isn’t a beer drinker had to be nudged into trying a sip. It turns out she’s a fan of Saison’s and didn’t even know it.

If you happen to be passing through Arkansas and need to stop off for a craft beer fix, keep Gravity BrewWorks in mind.  They are open Thursday thru Saturday from noon 8:00 PM. Keep in mind, though, that getting there is a trek so be sure to plan ahead and take note of the GPS coordinates. 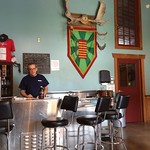